On 9 May last year acting on a tip off regarding the sale of illegal tobacco in Moston, Manchester City Council officers discovered a range of tobacco products being sold behind the counter at Euro Market, in Moston Lane.

The officers were joined by a tobacco detection dog – Bertie – whose attention was drawn to an apparently empty back stock room. However, further examination of a cupboard revealed that it had a false back, with additional illegal tobacco found inside.

In total, officers seized 750g of rolling tobacco, and 5,057 cigarettes. 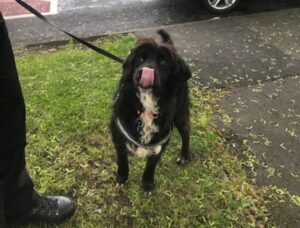 The owner of the shop, Marcin Wenderski, 40, of Greenroyd Avenue, Bolton, was taken into custody and charged with trademark and tobacco regulation offences.

The defendant appeared at Manchester Magistrates’ Court on Tuesday February 18, pleading guilty to all charges. (See notes to editors).

The tobacco was subject to a forfeiture order and destroyed.

This prosecution was a significant achievement for Manchester City Council as authorities across Greater Manchester work to stamp out illegal tobacco sales. The GM-wide ‘Keep It Out’ campaign has striven to raise awareness that the sale of illegal tobacco is not a victimless crime.

The low price of illegal tobacco makes it much easier for young people to take up the habit, as well as adults to continue smoking, putting their long-term health at risk. There are also known links between the importation of illegal tobacco and criminal gangs who profit from its sale.

Councillor Rabnawaz Akbar, Executive Member for Neighbourhoods, said: “Smoking is lethal, and continued easy access to illegal tobacco does nothing but shorten the lives of Mancunians and put money in the hands of criminals.

“The Keep It Out campaign has been invaluable in raising awareness of the dangers associated with illegal tobacco, but what this prosecution shows is that it pays off for us to always be vigilant. Credit is due to our Trading Standards officers and legal team for securing this successful conviction.

“I hope this sends the message that if you’re selling illegal tobacco you won’t get away with your crime.”

Appeal for information and video footage incident in Hoole