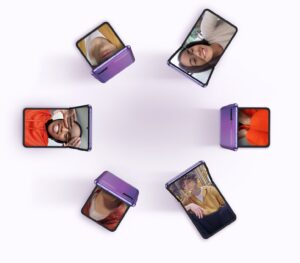 Samsung’s Galaxy Z Flip is the very shiniest folding phone that a not-insignificant chunk of cash can buy, and the only one to have real glass in its screen. And now, Samsung’s set about commercialising its Ultra-Thin Glass (UTG) technology.

The Z Flip display’s ultra-thin glass was a major marketing point for Samsung, but as the phones made their way into the hands of disassemblers, it rapidly became apparent that the 30 micron (micrometre; μm) layer of UTG isn’t the only thing covering the flexible AMOLED.

Tear-downs have shown that there’s plastic on top and glass, which can be cracked and shattered with enough abuse, with the digitiser and AMOLED display below that.

Samsung has clearly learned from the troubled 2019 launch of the Galaxy Fold and done a good job of managing user expectations this time around. The Galaxy Z Flip is clearly marketed as a niche vanity phone – a cool-looking one at that – for people with an express interest in carrying the bleeding edge of smartphone tech around with them.

Both on its packaging and the first time you power it up, the phone tells you that you should avoid pressing hard on the screen to keep it safe, avoid trapping or sticking anything against the screen, and that it’s not dust-proof, although a few more warnings about all this on Samsung’s purchase page wouldn’t hurt.

Speaking to The Verge, Samsung confirmed the existence of a “protective layer on top of the UTG similar to Galaxy Fold” and says that the intention is to deliver a “sleek, premium look and offer an immersive viewing experience”. 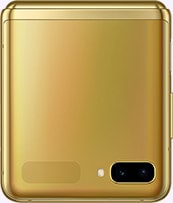 But that plastic layer can be scratched and burned as easily as the surface of a polyimide display. So what’s the point of having a glass screen if you’re going to slap a layer of plastic on top of it?

Design and innovation consultant Matthew Cockerill says that “the glass screen certainly improves the look and touch experience,” which we also found when using the sharp, bright screen.

He notes that our expectations of what a smartphone should feel like and how we interact with it have been formed by modern glass screens: we anticipate a rigid surface to push against and for fingertips to glide with less friction than you’ll generally get from even the most sophisticated plastics.

Jo Barnard, founder of industrial design studio Morrama, says that, although glass is preferable over plastic for the optical properties and the scratch resistance at just 30 microns thick, a plastic layer is necessary to protect ultra-thin glass of this kind, where “a single scratch can turn into a huge crack”.

“For the people up in arms about it not being fully glass,” she adds, “did you really think it would be?”

The processes of making glass that’s thin and flexible enough to fold almost in half are closely guarded. However, we do know that Samsung is working with German glass and ceramics technology group Schott AG, who “can confirm that we deliver SCHOTT ultra-thin glass (UTG) to Samsung” but “cannot comment on any processing details of the raw glass material or the display technology itself”.

Schott holds and has applied for some notable patents for chemically strengthened ultra-thin glass, as well as for polymer coatings to strengthen them, detailing “displays, consisting of a glass film which is between 10 μm and 500 μm thick, and a polymer layer with a thickness between 1 μm and 200 μm applied to at least one of its side faces.”

The company has published some very basic mechanical details of its down-draw manufacturing process for glass as little as 30 microns thick.

Back at home, although Samsung confirmed that it has “never named the other Korean company with which we are commercialising the UTG,” a likely option for the identity of that company is Dowoo Insys, in which Samsung Display became the largest shareholder in December 2019, with Korea’s major Maeil Business News reporting Samsung Display as saying that the purchase was for “investment purposes for its foldable phone business”. 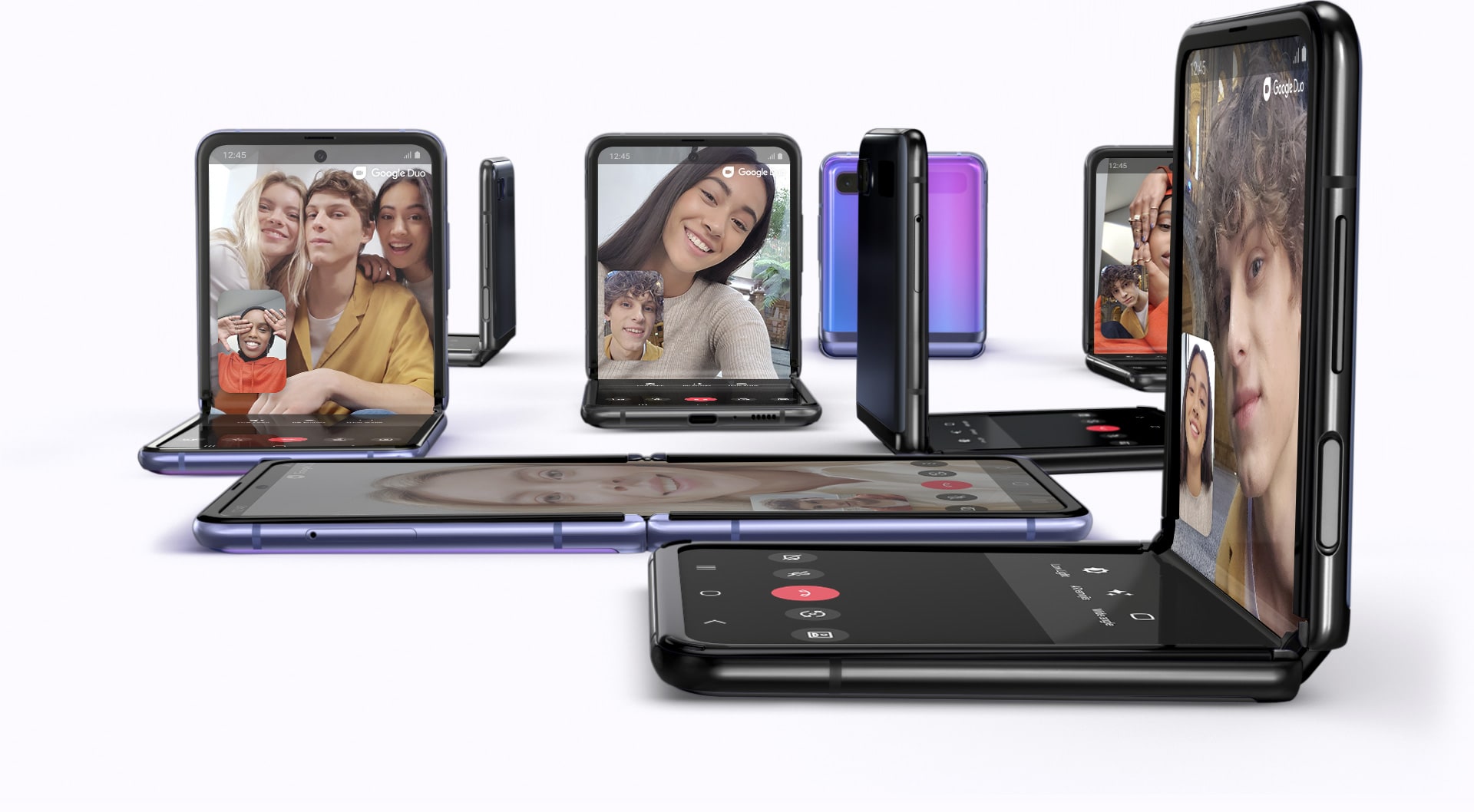 mobile devices, including a particularly interesting 2016 patent for a ‘Flexural Strength Improving Method for Glass’ so that “the ultra-thin glass of 100㎛ or less can be used as the window glass of foldable devices”.

This involves multiple stages including chemical- and heat-treating the glass to eventually improve flexural strength 1,000 per cent, allowing a curvature radius of 2mm – close enough to a flat fold for the purposes of a well-designed smartphone. This kind of almost-but-not-quite flat fold is typical of current ultra-thin glass technology.

Meanwhile, Samsung’s patents also include details of a “protection film”, reinforced along the fold line, that could be applied to “a flexible glass substrate, a flexible polymer substrate, or a combination thereof”.

“This folding screen technology has been 20 years in the making,” says Matthew Cockerill, himself previously a senior designer with Samsung. “From Samsung SDI’s first demoing curved screens over 15 years ago to the single curve of the Galaxy Edge screen of a few years ago to the dual curve of the infinity screens of contemporary Galaxy smartphones.”

Samsung Display has announced that it’s commercialising production of Ultra-Thin Glass for foldable devices, which means that we could start seeing them in other makers’ hardware – Samsung famously provides displays to Apple, as well as other smartphone makers. 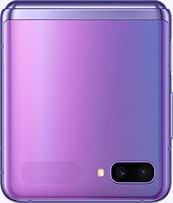 Choi, a “highly enticing manufacturing alternative which serves as another important example of our dedication to technology advancement and manufacturing excellence”. No details of either Samsung or external deals have been announced.

Cockerill suggests that Samsung has entered the folding screen market to build the technical capability and production capacity needed to gain a competitive advantage in a new technology that could ultimately have applications across a range of product categories in automotive, retail, work and home spaces, as well as bolstering Samsung’s reputation as a creator of advanced consumer technology products.

“And they will certainly then begin offering this foundational product component to other device manufactures through Samsung SDI (their display manufacturing division) to further drive profits.”

Samsung Display’s position provides some support for this, stating that “the glass is expected to be adopted by other foldable electronic devices, when demand arises”.

Samsung, Schott and Dowoo are by no means the only players in the flexible glass display field. A 2019 video from Korea’s Unique Technology Integral shows the capabilities and testing of flexible display cover glass with similar properties, while AGC – formerly Asahi Glass, revealed its own flexible glass in 2018.

Gorilla Glass maker Corning’s Willow Glass is among the best-known bendable display materials, but we’ve yet to see it on a folding phone, as far anyone knows.

When it comes to folding smartphones and tablets, Cockerill highlights Huawei as Samsung’s main competitor. The latest Mate Xs is a genuinely exciting phone, although Cockerill says that its distinctive external display fold may indicate an “inability to deliver the bend radius to match Samsung’s current folding screen technology”.

As for the looming spectre of the smartphone market’s biggest player, Barnard says there are “rumours that Apple will use folding technology in the iPad before the iPhone”, but predicts that “in the race to perfect the folding screen, Samsung is obviously going to get there first [but] most companies will be happy to sit and watch Samsung make all the mistakes first.” 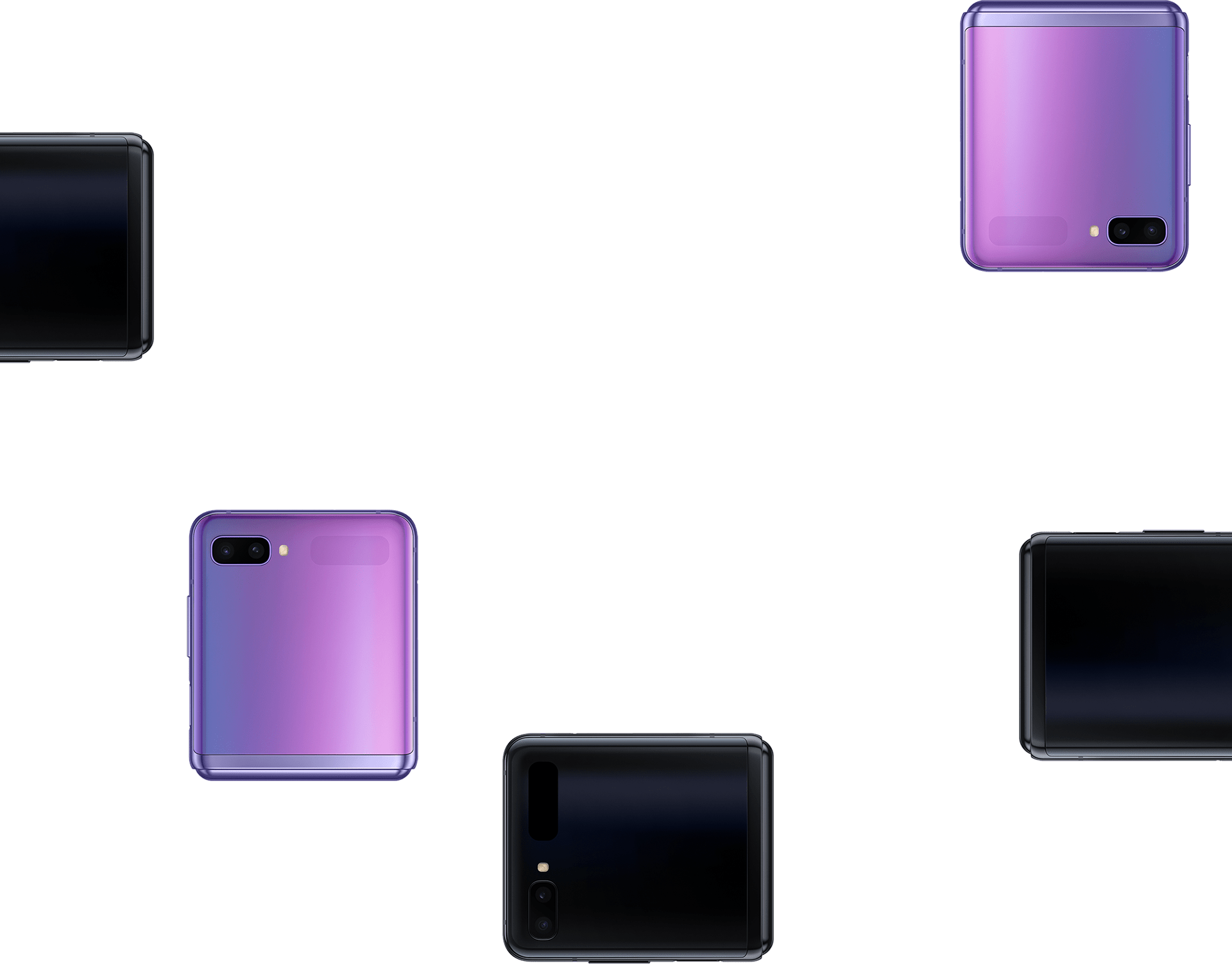