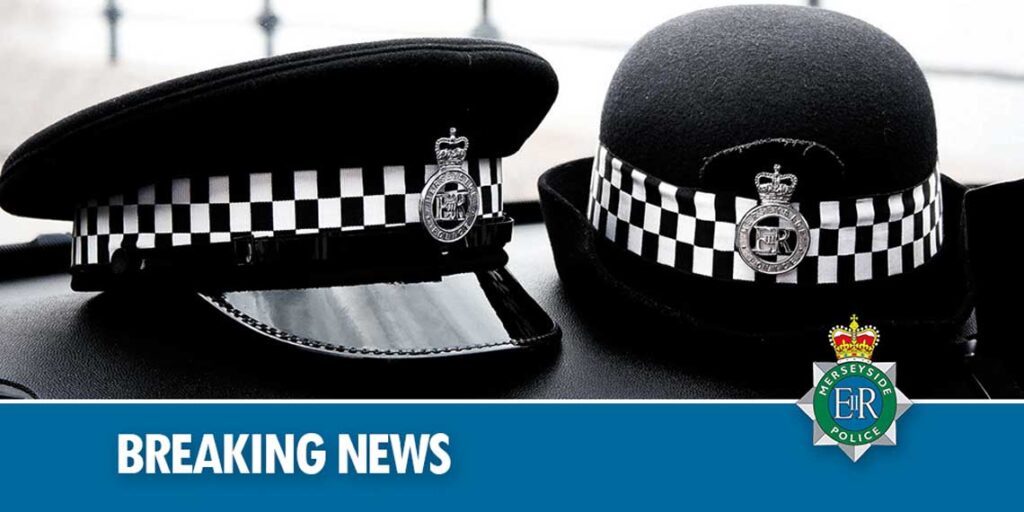 Further restrictions will be introduced in Merseyside on Tuesday (22 September) after local leaders and Government agreed it was necessary to curb rising COVID-19 infection rates in the county. In close discussions with local leaders, the Health and Social Care Secretary, NHS Test and Trace, the Joint Biosecurity Centre (JBC), and the Chief Medical Officer […] 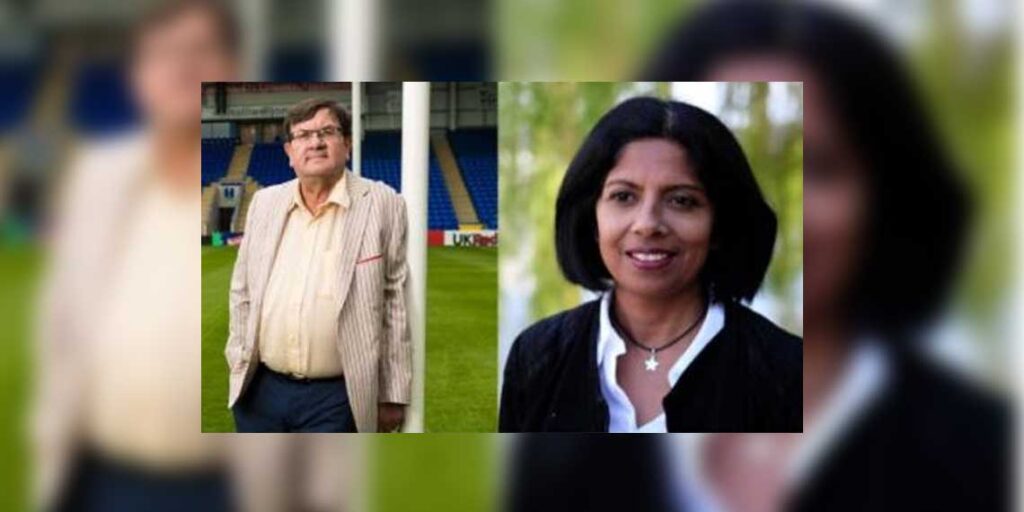 Following the recent government announcement on enhanced restrictions for Warrington and other parts of the country, a second live broadcast will be made at 5pm on Monday 21 September, via Microsoft Teams. Leader of the Council, Cllr Russ Bowden, Chief Executive Professor Steven Broomhead and Director of Public Health, Thara Raj will, again, host this broadcast. The […] 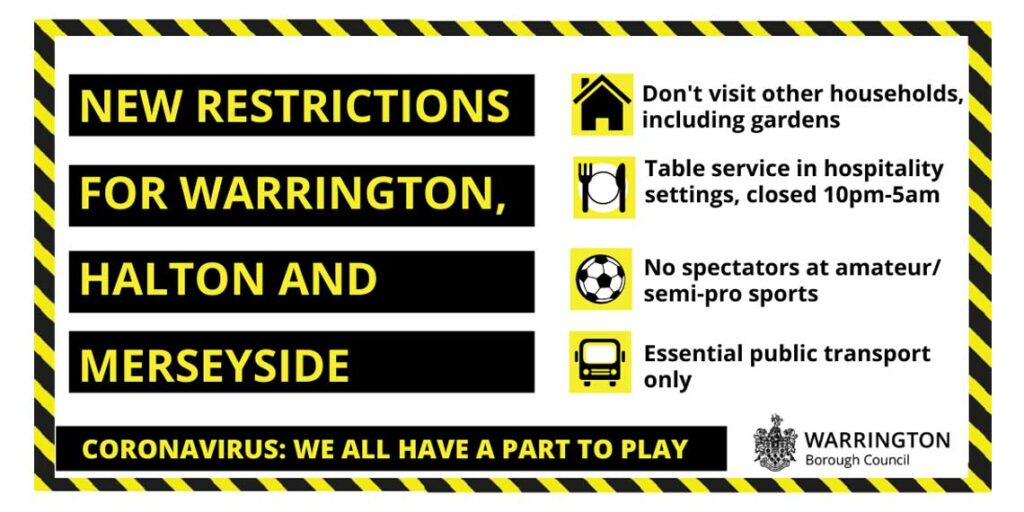 Strict new measures in Warrington have been announced, in response to the sharp increase in the number of coronavirus cases in the borough. The move follows local case numbers exceeding 200 in the most recent verified seven-day period. Warrington is part of a wider area – alongside the six Merseyside authorities – where additional restrictions […] 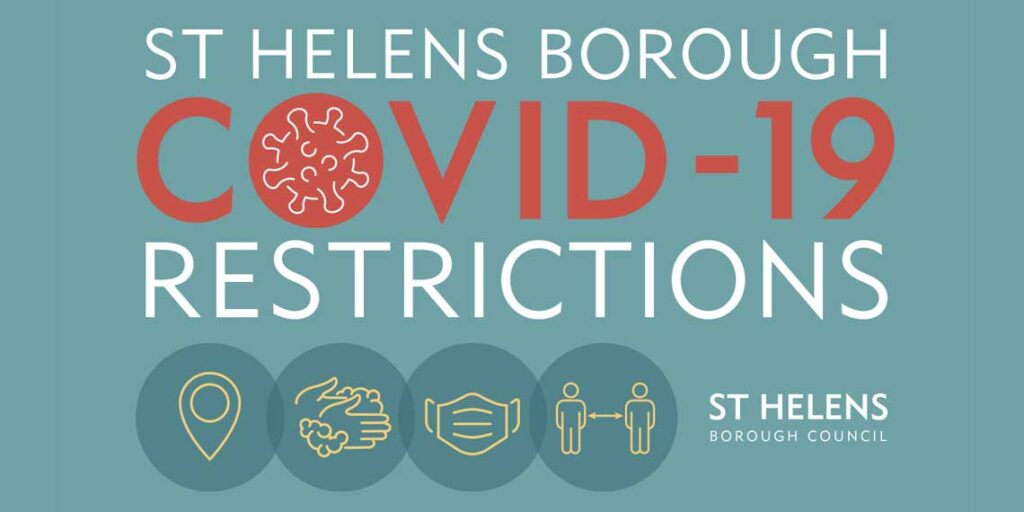 Residents in St Helens Borough will face new measures in its attempts to stop the significant rise in Covid-19 cases. The new restrictions have been announced by Government and will apply to all council areas across Merseyside as it has been made an area of intervention today, Friday 18th September after having previously been listed as […] 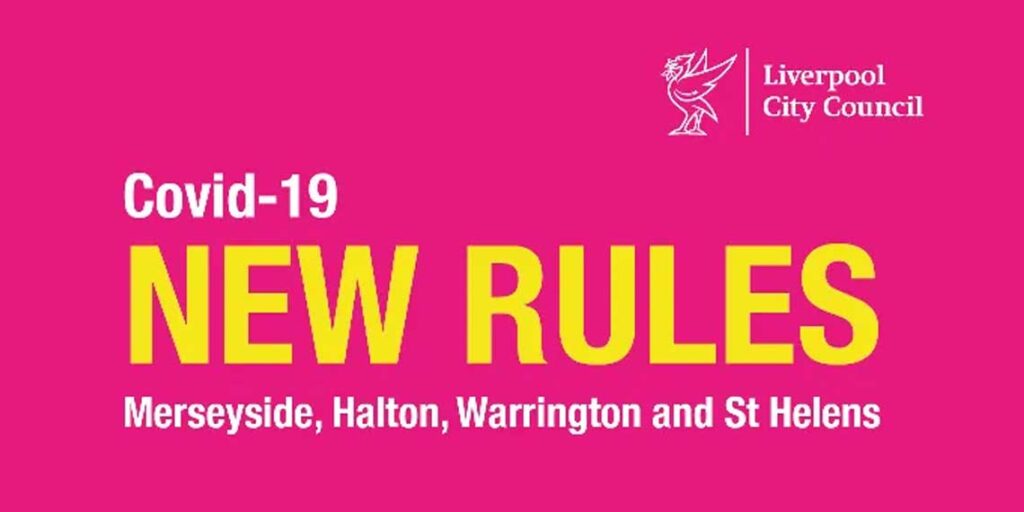 We’ve put together some answers to questions you may have about the new Coronavirus restrictions which have been announced. What are the new measures? From Tuesday 22 September, regulations will lawfully ban the following: • Residents must not socialise with other people outside of their own households or support bubble in private homes and gardens • Hospitality […] 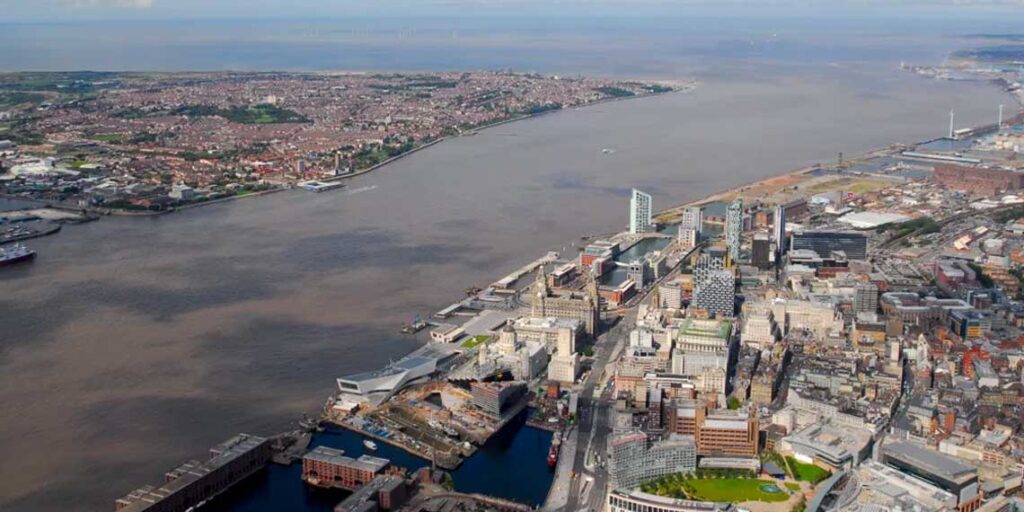 Liverpool City Council is supporting the call being made today for urgent resourcing of testing capacity to respond to the regions current spike in cases. Chief Executive Tony Reeves said: “Our region is currently facing huge challenges due to the sharp increase of people testing positive for COVID-19. “The resources currently available to meet the […]

Be aware – don’t become a victim of impersonation fraud 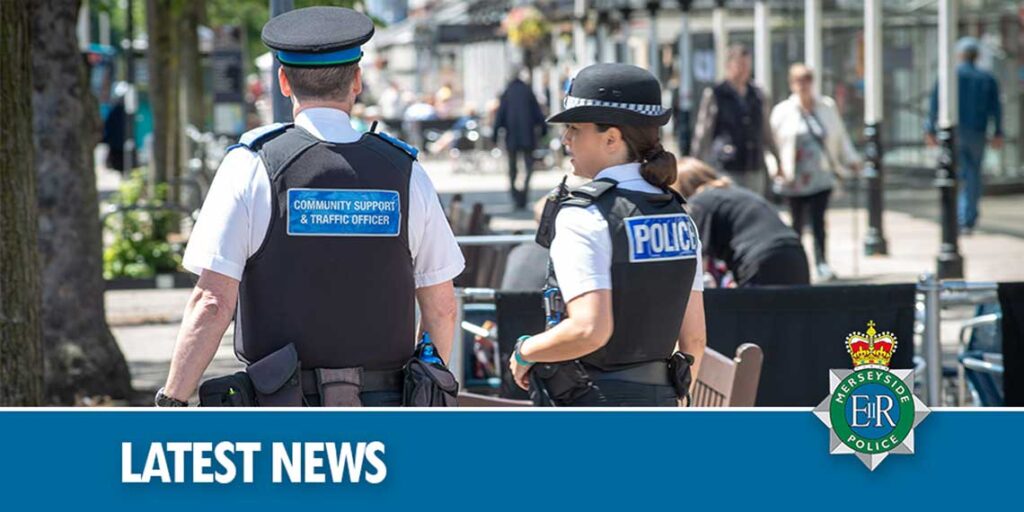 Merseyside Police is urging the public to be aware of criminals exploiting COVID-19 to target their victims after figures released this week from UK Finance – the collective voice for the banking and finance industry, revealed a sharp rise in impersonation scams in the first half of this year. Impersonation scams occur when the victim is persuaded to […]

TIME TO GET CREATIVE TO HELP BATTLE LOAN SHARKS 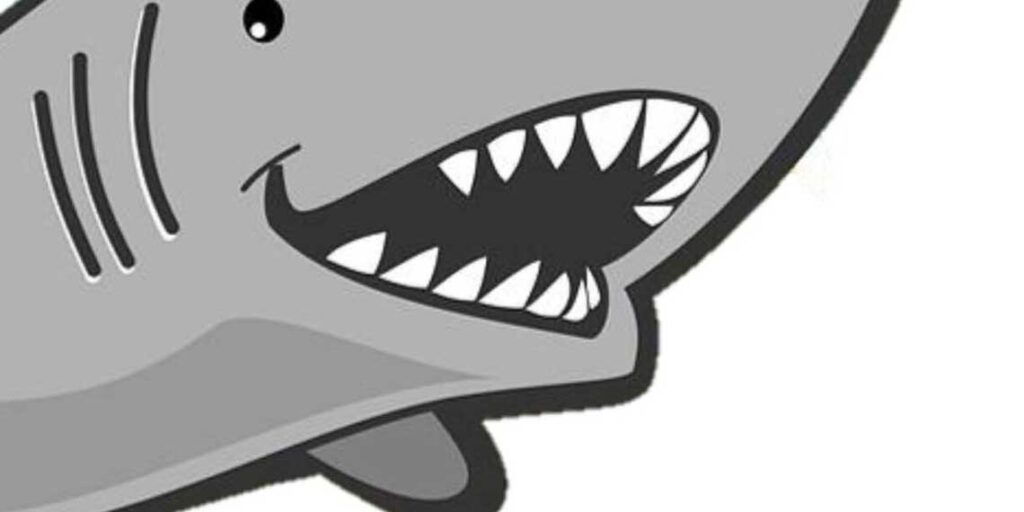 Poetry and loan sharks. Not two things you usually hear in the same sentence. But you are invited to write a short story or poem (max 1,250 words but no minimum length) on the subject of loan sharks for a new competition. Halton Borough Council has joined with the England illegal Money Lending Team for […]

Manchester, here’s how you can help: city’s public health lead on Covid testing and transmission rates 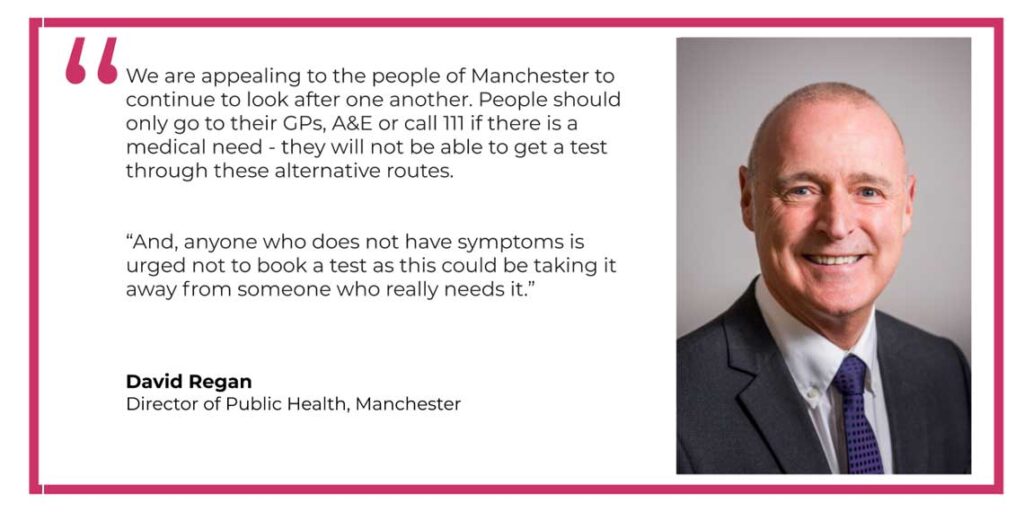 In a week where the national booking system for Covid tests has been overwhelmed by demand, it’s now even more important to reserve a slot only if you have symptoms of the virus, or you’ve been asked That’s the message from Manchester’s public health chief, David Regan, who is leading  the city’s response to the pandemic. […]